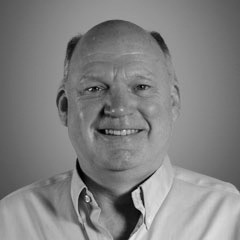 Chris launched his long career in broadcasting in 1976 when he helped to build and promote a new FM station in State College, Pennsylvania.  Since that time, he has produced seven television series (1,532 episodes), twenty-four radio program series, and released more than 500 audio and video products for retail and other outlets. His first feature film, For The Glory, was released in 2012 in the US and around the world.

Since 1984, Chris has been influential in the television & radio production industry, contributing his expertise to broadcast news organizations, national associations, government agencies, non-profit organizations, and businesses with television and radio productions. Chris has led teams of producers, editors and technical staff on various projects and his work has won over 57 awards through his production company CDR Communications.

Chris founded 1 Voice Films and entertainment company early in 2002 with the intention to communicate with audiences in a way that has an ongoing effect. His goal for 1 Voice is to make relevant films for the many people in the world showing the magnificence of the Lord in order to make disciples.

Chris loves being a producer because he gets a shot at changing the hearts of his audience. While he enjoys the technical work of a production, like shooting in 30 countries around the world and staying up all night editing a new television program, his passion stems from knowing that someone needs to see what he is working to create.

Additionally, Chris was recognized as a Qualified Video Producer for the Federal Government in 1985 and is now a member of various film and television organizations.  Chris is currently serving on seven Boards.

Chris has worked with eight heads of state on various projects.

Chris’ last theatrical project is the documentary “Climate Hustle” released in 2016.  It was number one nationally per screen average as it was show on over 400 screens. 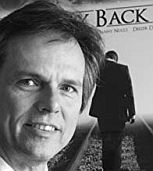 Paul Sirmons is an independent filmmaker with 30-plus years as a producer, director, production manager and assistant director in the Directors Guild of America.

Sirmons most recently produced THE CHICKASAW RANCHER, a Western movie in Oklahoma, and TE ATA, a dramatic Native American movie about the life of the legendary storyteller.

He directed and produced the family movie THE FIRST OF MAY, starring Julie Harris, Mickey Rooney, and Dan Byrd – and featuring baseball legend Joe DiMaggio.

He served as Florida’s Commissioner of Film and Entertainment from 2005 to 2008, appointed by Gov. Jeb Bush, and wrote Florida’s successful incentive program, growing Florida’s film and digital media industry dramatically.

His first 20 years were as a DGA assistant director on many popular TV series, pilots and MOWs, including QUANTUM LEAP, FALCON CREST, SEAQUEST, OUR HOUSE and the family classic, THE WALTONS.

Sirmons is on the Film Committee for NRB (National Religious Broadcasters); the Board of Directors for ICVM (International Christian Visual Media); co-chair of Film Florida’s Legislative Committee; and on the Film Advisory Boards at Full Sail University, the University of Florida, and Valencia College. 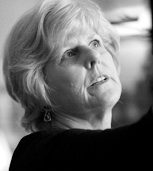 Barbara Sundstrom began her writing career as a professional playwright. Her adaptation of THE HUNDRED PENNY BOX, a Newbery Honor Book, premiered off-Broadway in the 1998 Ensemble Studio Theatre’s “Marathon of One Act Plays,” alongside those by David Mamet, Joyce Carol Oates and Shel Silverstein. Barbara’s adaptation was published by Smith & Kraus, Publishers, in EST Marathon 1998: The One Act Plays.

She studied screenwriting in UCLA’s online professional writing program. Her screenplays won recognition at the Austin Film Festival, Screen Craft and EXPO5 Screenwriting Competition. Her screenplay, KENTUCKY INFIDEL, was a semi-finalist for the KAIROS PRIZE from The John Templeton Foundation in Los Angeles.

Past experience includes Director of Promotion, playwright and actress with professional theatre company, A.D. PLAYERS, Houston, Texas, where her stage plays, GIDEON and JOSEPH & THE MADRAS PLAID JACKET were produced. As Director of Promotion, she was a recipient of the ADDY Certificate of Excellence from the Houston Federation of Advertisers.

Barbara received her Bachelor of Arts from Baylor University, Waco, Texas and her M.A. in Communication from the University of Houston, Houston, Texas.